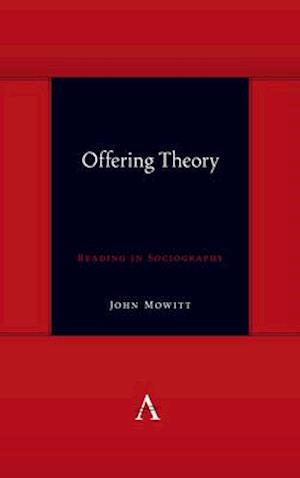 Advanced study in the humanities and social sciences discloses a deep ambivalence about Theory. Structurally, of course, the professionalization of young academics is approaching extinction. There are fewer and fewer secure jobs in academia, and thus fewer and fewer students embarking upon advanced study, and, in turn, fewer and fewer programs educating these students. What is offered the remaining students is instructive. Notably, students are expected by their future colleagues to be familiar with, maybe even conversant in Theory, but the structural logic of austerity prompts educators to wonder whether instruction in Theory is an efficient use of dwindling resources, especially now that academic publishing (with important exceptions) behaves as though this future, like the 'last' wormhole, is collapsing. Given the Faustian articulation of publishing and promotion can advanced study in the humanities and social sciences even be justified today? Paradoxically, students are still expected to know what is less and less on offer. How is Theory to be 'handled' (fingered, worked with, fashioned) under such circumstances? A reading of Theory that in tracing when and where Theory arises in the event of reading proposes how Theory might best be handled in the context of higher education today. Arguing against those who propose to avoid Theory in the name of its putative obsolescence, this text sets out to challenge two aspects of this avoidance. On the one hand, Theory has been set aside in the name of identity politics, that is, the proposition that its intellectual pertinence has been overshadowed by a sense of political urgency construed as at odds with Theory. Theory itself has assumed an identity, a profile. On the other hand, implicit within the avoidance of Theory is a concept of 'context' that calls for reflection. Resisting the tendency to treat context as either negligible or obvious, this text sets out to trace, in the when and where of Theory, the rudiments of a 'sociographic' (think 'historiographic') account of context. In relation to it, the reading that is Theory can be usefully situated as part of a politics of higher education in the era of the global crisis of the university. This argument is advanced through a series of readings that produce eccentric, sociographic accounts of important (some quite unusual) texts or performances of Theory. As such they enact an attention to reading that is advanced as an instance of 'offering' as called for in the title.