- My Life on the Line 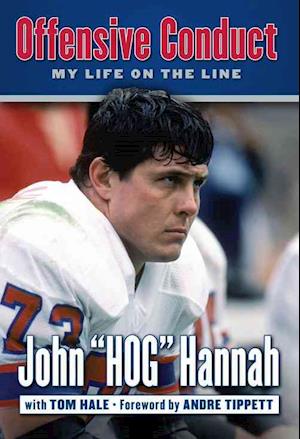 This revealing, introspective look at an athlete's intense drive to succeed in football also explores the adjustment to life after the final whistle. John 'Hog' Hannah was a two-time All-American for the Crimson Tide under Bear Bryant. Hannah starred for the Patriots from 1973 to 1985 and was one of the most beloved New England Patriots players of all time. In his autobiography, the greatest offensive lineman in the history of the sport candidly discusses the price of dominating the trenches. Hannah also recounts his battles on the field against the Raiders and Dolphins and off the field with Patriots management. An introspective man who found religion later in life, Hannah describes the forces that shaped his drive to succeed and his addiction to control anything that threatened to separate him from perpetuating the 'glory of greatness.' Reflecting on how this mind-set proved detrimental beyond his playing days--leading to the breakup of his first marriage, his estrangement from his children, and an egomaniacal approach in the business world, he shares how he ultimately found God. Offensive Conduct is both an inside look at the world of college and pro football in the 1970s and 1980s and a chronicle of the ups and downs of a driven, successful athlete.