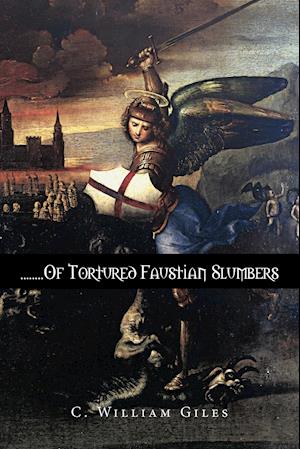 Following the disintegration of his marriage, Seth Caine, a once famous and infamous author, immerses himself in alcohol and aff airs to mask his pain. His wife Lily is a psychiatrist at an institute for the criminally insane. One of her patients is a sadistic killer who seems to know too much about Lily and Seth. Seth has recently been having disturbing and frightening nightmares of his own death and destruction. Gradually his dreams have been becoming increasingly vivid and terrifying. Following a night out with a friend, Seth has an intense sexual encounter with a beautiful stranger. This takes him further down a spiral of torment and insanity, which leads him to question his entire existence. Vicious demons and beautiful succubi may have the answer to his successful return to the limelight. Seth could revel in the glow of notoriety again. He could even win his wife back, but there are sinister forces at work, and their motives for such generosity are shown when the Prince of Darkness himself pays Seth a visit. Seth is expected to fulfill his side of a Faustian pact, and the price to pay would be an act in itself, which could condemn mankind to burn. Follow Seth Caine now on his journey into madness and despair . . .