Of Suffocated Hearts and Tortured Souls 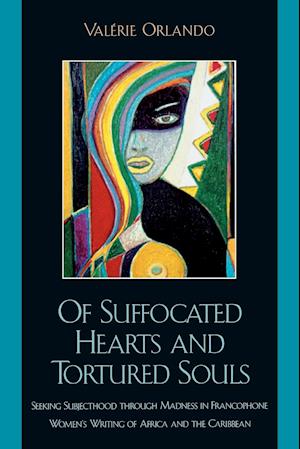 Female characters who suffer madness and insanity are strikingly prominent in novels by women writers of Africa and the Caribbean. To find out why there are so many "suffocated hearts and tortured souls" in this literature, Valerie Orlando, who has long studied Francophone text and culture, here closely reads the work of Aminata Sow Fall, Mariama Ba, Myrian Warner-Vieyra, and Simone Schwarz-Bart, among others. In these women's novels, Orlando finds, madness is the manifestation of a split identity, and in this study she sets herself the task of interrogating the nature of that identity. Francophone women novelists of Africa and the Caribbean-though they come from countries whose unique experiences of colonialism, revolution, and postcolonial regimes have shaped specific and discrete cultures-express a common search for a meaningful relationship between their experience as women to the history and destiny of their nations. Only when "woman"' is understood not as an ahistorical object but as a subject whose lived body is entwined with political, cultural, and economic structures, Orlando argues, will insanity finally give way to clarity of being. Interweaving literary citations with theoretical discussion, Suffocated Hearts and Tortured Souls is just as much a masterful explication of profoundly affecting literary work as it is an essential addition to feminist scholarship and theory.