Of Islands, Ports and Sea Lanes

- Africa and the Indian Ocean in the Second World War 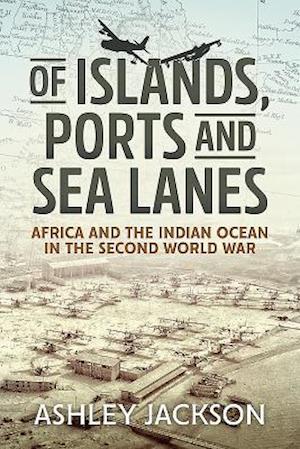 Of Islands, Ports, and Sea Lanes explains the operational and strategic importance of the ports and sea lanes of Africa and the Indian Ocean during the Second World War. In addition, it offers a novel account of the war in the Indian Ocean, a busy and vital theatre of military operations throughout the conflict, though one that is overlooked in most historical studies. An understanding of the significance of the Indian Ocean region, from imperial and strategic perspectives, helps bring unity to the Allied war effort in Africa, Asia, and the Middle East, and demonstrates how the highest levels of strategy depended on places, people, and infrastructure in faraway places of seemingly little consequence. The movement of goods and people by sea was central to the prosecution of the imperial and Allied war effort, and this was dependent upon ports and their facilities, together with troopships and merchantmen and the air and naval assets that protected them. The book offers a `how it worked' guide to the Empire's logistical system, and explains the interconnectivity of actions and events on land, sea, and air, detailing the indispensable role played by the ports and sea lanes of the African continent and the Indian Ocean, the British Empire's great connector.Table of contents:Introduction The British Indian Ocean world;Chapter 1 - Ports, islands, and sea lanes in Africa and the Indian Ocean;Chapter 2 - The role of Africa's ports and sea lanes;Chapter 3 - The role of Indian Ocean islands;Chapter 4 - German and Italian raiders and sea lane protection;Chapter 5 - The consequences of Japanese aggression; Chapter 6- Admiral Somerville and the reinforcement of the Indian Ocean;Chapter 7 - Holding the ring;Chapter 8 - The turn towards the offensive;Chapter 9 - Victory Japan

Forfattere
Bibliotekernes beskrivelse Of Islands, Ports, and Sea Lanes provides a unique insight into the significance of African and Indian Ocean ports and sea lanes during the Second World War. 2 b/w maps