Of Blood And Magic - A Vampire's Story 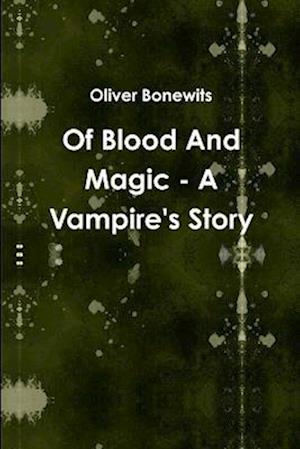 Welcome to a whole new world, magic is real and an eons old battle for the rule of our world is fought between Vampires and Witches. This is the world of Michael of Appolonia, one of the original seven vampires created in the times of the Pharaohs. While his fellow vampires chose a path of destruction and forced rule, Michael, who was unfairly judged and sentenced to this life seeks to end their evil reign. Michael is the protector of the innocent and comrade in arms to those who fight the vampires. Through centuries of battles, he has remained Man's only champion, all for the promise of regaining his mortal life and the ability to live and love as a normal man. Join Michael on his quest through the ages as he tries to regain his humanity against the thousands who would see him destroyed.