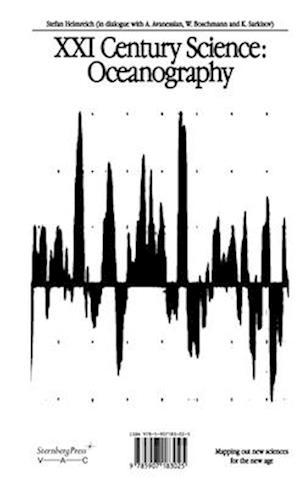 New approaches to the ocean enabled by the new field of (microbial) oceanography.

In recent years, a new field of scientific research has been put forward, the so-called (microbial) oceanography, which offers a new mapping of the ocean from its shiny surfaces to lightless sea floors. Oceanography combines techniques of molecular biology, gene sequencing, bioinformatics, and remote sensing, among others. Oceans are a crucial factor in global climate and necessary condition for human survival on earth, and findings from oceanography can help people better understand life (and survival) in the Anthropocene.

Not only are all life forms of marine origin, but the oceans also host extremophiles--that is, microbial life forms living under extreme conditions of heat, cold, lack of light--which are integral to understanding what possible alternative life forms might look like. It may be that such mainly anthropogenic forces as overfishing, pollution, deep-sea mining, and acidification suggest that a new concept of the ocean--Anthropocean--needs to be discussed. New approaches in cultural studies as well as in the history of sciences are shifting our vision of the ocean, considering the previous realm of immeasurable broad and depth as a fundamental contrast to a human history and culture in order to rewrite it. Edited in dialogue with Stefan Helmreich Copublished with the V-A-C Foundation Contributors Penny Chisholm, Robert Danovano, Sabine H hler, Jessica Lehman, Naomi Oreskes, Helen Rozwadoski, Philip Steinberg, Cindy van Dover