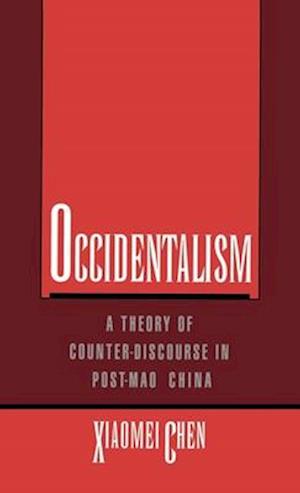 Xiaomei Chen offers an insightful account of the unremittingly favourable depiction of Western culture and its negative characterization of Chinese culture in post-Mao China from 1978-1988. Chen examines the cultural and political interrelations between the East and West from a vantage point more complex than that accommodated by most current theories of Western imperialism and colonialism. Going beyond Edward Said's construction in Orientalism ofcross-cultural appropriations as a defining facet of Western imperialism, Chen argues that the appropriation of Western discourse-what she calls "Occidentalism"-can have a politically and ideologically liberating effect on contemporary non-Western culture. Using China as a focus of her analysis, Chen examines avariety of cultural media, from Shakespearean drama, to Western modernist poetry, to contemporary Chinese television. She thus places sinology in the general context of Western theoretical discourses, such as Eurocentrism, postcolonialism, nationalism, modernism, feminism, and literary hermeneutics, showing that it has a vital role to play in the study of Orient and Occident and their now unavoidable symbiotic relationship. Occidentalism presents a new model of comparative literary andcultural studies that re-envisions cross-cultural appropriation.