The Politics of Climate Change under President Obama

- A Change in the Political Climate 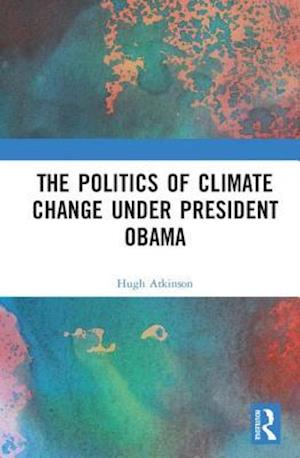 The last two decades have witnessed an ever growing partisan divide in US politics over climate change and global warming. Significant elements in the Republican Party became openly hostile to the scientific evidence and, following the election of George W. Bush, legislative action at the federal level effectively ground to a halt. This opened up space at the state and local level to develop climate change policies with cities such as Chicago, San Francisco and New York implementing a number of initiatives that brought real and substantive developments. The election of Barack Obama in 2008 seemed to open new possibilities for federal and global leadership once more and whilst the Obama administration has been criticised for a somewhat contradictory approach to the issue at times, there were nonetheless a number of substantive policy developments. Through a substantive and detailed analysis of the politics of climate change, this book places the evolution of US climate policy within broader debates on the nature of politics in the US and argues that there exists a latent potential, often obscured by the complexities of its political system, for America to act as a world leader on the issue.This work will appeal particularly to students and scholars in American Politics, but will also prove useful to those in the fields of general Politics, climate change, sustainability, and environmental studies.