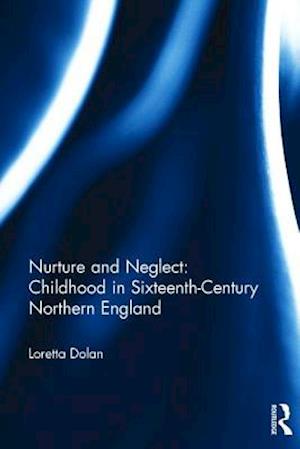 Nurture and Neglect: Childhood in Sixteenth-Century Northern England addresses a number of anomalies in the existing historiography surrounding the experience of children in urban and rural communities in sixteenth-century northern England. In contrast to much recent scholarship that has focused on affective parent-child relationships, this study directly engages with the question of what sixteenth-century society actually constituted as nurture and neglect. Whilst many modern historians consider affection and love essential for nurture, contemporary ideas of good nurture were consistently framed in terms designed to instil obedience and deference to authority in the child, with the best environment in which to do this being the authoritative, patriarchal household.Using ecclesiastical and secular legal records to form its basis, hitherto an untapped resource for children's voices, this book tackles important omissions in the historiography, including the regional imbalance, which has largely ignored the north of England and generalised about the experiences of the whole of the country using only sources from the south, and the adult-centred nature of the debate in which historians have typically portrayed the child as having little or no say in their own care and upbringing. Nurture and Neglect will be of particular interest to scholars studying the history of childhood and the social history of England in the sixteenth-century.