indgår i serie Nura: Rise of the Yokai Clan 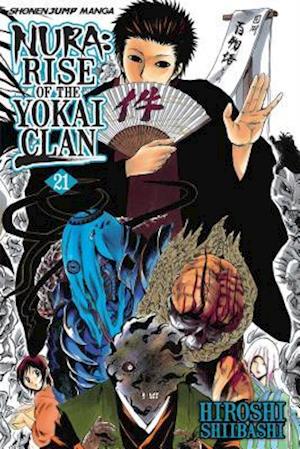 While the day belongs to humans, the night belongs to yokai, supernatural creatures that thrive on human fear. Caught between theseworlds is Rikuo Nura. He's three-quarters human, but his grandfather isnone other than Nurarihyon, the supreme commander of the Nura clan, apowerful yokai consortium. So, Rikuo is an ordinary teenager threequarters of the time, until his yokai blood awakens. Then Rikuotransforms into the future leader of the Nura clan, leading a hundreddemons. Rikuo and the Nura clan fight off the devious body parts of a dissected Sanmoto Gorozaemon, while Rikuo's allies fight back against his reputation as the harbinger of the apocalypse. But battle still looms against the members of the Hundred Stories clan... And it's possible that Sanmoto himself could be reborn in the form of yet another ghost story