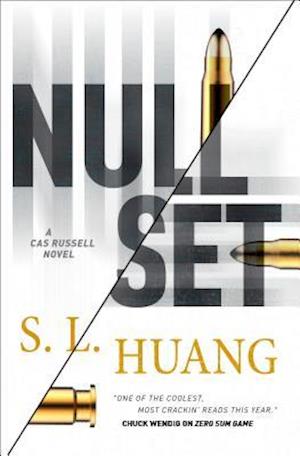 Math-genius mercenary Cas Russell has decided to Fight Crime(tm). After all, with her extraordinary mathematical ability, she can neuter bombs or out-shoot an army. And the recent outbreak of violence in the world's cities is Cas's fault--she's the one who crushed the organization of telepaths keeping the world's worst offenders under control.

But Cas's own power also has a history, one she can't remember--or control. One that's creeping into her mind and fracturing her sanity...just when she's gotten herself on the hit list of every crime lord on the West Coast. And her best, only, sociopathic friend. Cas won't be able to save the world. She might not even be able to save herself.