Nottingham: Life in the Postwar Years

- Life in the Postwar Years 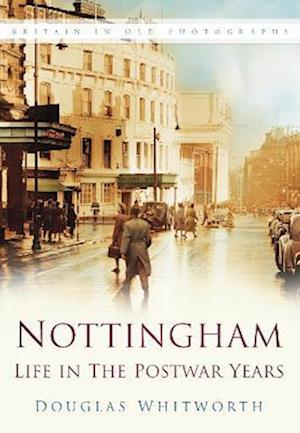 This fascinating new volume by well-known local author and photographer Douglas Whitworth takes a nostalgic look back at his home town of Nottingham, focusing on the thirty years after the end of the Second World War.This was a time of change for the city, when many historic properties disappeared to be replaced by Maid Marian Way and the Victoria and Broad Marsh shopping centres. Douglas Whitworth was on hand to capture the changing scene - old streets, apparently unchanged for centuries, their demolition, and the new buildings arising in their place. Major industries that shaped the city and employed so many people in the postwar period - such as Boots, Players and Raleigh - together with shops and small businesses, are among some of the 200 illustrations featured here. Images of leisure and entertainment include evocative photographs of the famous Goose Fair, while the golden age of steam is recalled in nostalgic views of railway stations and locomotives.