Notre Dame vs. the Klan

- How the Fighting Irish Defied the KKK 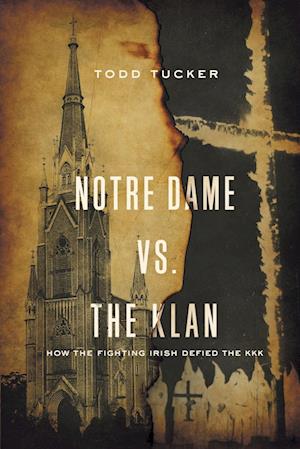 In 1924, two uniquely American institutions clashed in northern Indiana: the University of Notre Dame and the Ku Klux Klan. Todd Tucker's book, published for the first time in paperback, Notre Dame vs. The Klan tells the shocking story of the three-day confrontation in the streets of South Bend, Indiana, that would change both institutions forever.

When the Ku Klux Klan announced plans to stage a parade and rally in South Bend, hoping to target college campuses for recruitment starting with Notre Dame, a large group of students defied their leaders' pleas to ignore the Klan and remain on campus. Tucker dramatically recounts the events as only a proficient storyteller can. Readers will find themselves drawn into the fray of these tumultuous times.

Tucker structures this compelling tale around three individuals: D.C. Stephenson, the leader of the KKK in Indiana, the state with the largest Klan membership in America; Fr. Matthew Walsh, the young and charismatic president of the University of Notre Dame; and a composite of a Notre Dame student at the time, represented by Bill Foohey, who was an actual participant in the clash.

This book will appeal not only to Notre Dame fans, but to those interested in South Bend and Indiana history and the history of the Klu Klux Klan, including modern-day Klan violence.