Notes on the Bedouins and Wahabys 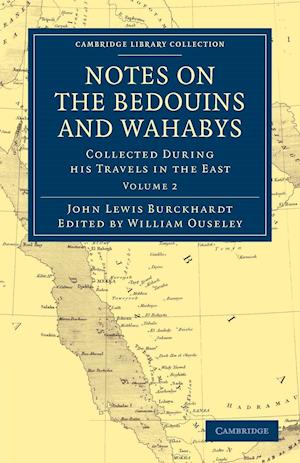 John Lewis Burckhardt (1784-1817) was a Swiss explorer who is best remembered for his rediscovery of the ancient city of Petra, in Jordan. In 1809 he was commissioned by the African Association to discover the source of the River Niger. In preparation for this journey, for which he needed to pass as a Muslim, Burckhardt spent two years exploring and studying Arabic in Aleppo, before travelling widely in Arabia and Egypt. These volumes, first published in 1830, contain Burckhardt's description of Bedouin society and his history of the Wahhabi sect of Islam. He describes the different Bedouin tribes of Arabia and the Middle East and their political allegiances, and recounts in fascinating detail aspects of their society. He also narrates the history of the Wahhabi sect from its founding, and discusses its effect on the politics of the region. Volume 2 contains his history of the Wahhabi sect.