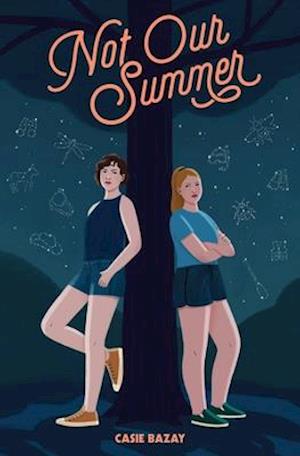 K.J. & Becka's agoraphobic grandfather left one hell of a bucket list for them to complete, but the estranged cousins' toughest task might be just surviving each other.It's bad enough that estranged cousins Becka and K.J. have to see each other at their grandfather's funeral, but when they learn that they have to spend the entire summer together completing his bucket list in order to earn their inheritance it seems like things can't get any worse.Of course, K.J. would much rather be anywhere but with her snooty cousin, but her inheritance might be her only ticket out of the trailer park and, really, how hard could it be? Becka, on the other hand, has a full soccer scholarship to the University of Arkansas and a summer plans which in no way includes her oddball cousin, K.J. However, if she doesn't get her inheritance neither does her mom and she needs the money to help pay off the hospital bills from the recent death of Becka's brother, so summer with K.J. it is.With steep cliffs, a close encounter with a grizzly bear, spectacular views, a hot tour guide, and more than one fight, it sometimes feels like their grandpa's grand idea to bring them closer together is actually just a devious plan to get under their skin. However, after each trip and with each of Grandpa's letters encouraging them to put their hostility aside and get to know each other, slowly, the two cousins begin to realize that maybe the other wasn't as bad as they always thought.That is until the truth behind their mothers' long-time feud and their grandpa's real intent behind his bucket list is revealed, and Becka and K.J.'s newly found relationship suddenly is put to the ultimate test. Now it is up to them to find a way to forgive both of their mothers' for their mistakes and accept each other, differences and all, or Grandpa's ultimate wish-to mend his divided family-might end up buried along with him inside his grasshopper green casket.With just the right touch of drama and playfulness, Not Our Summer is a great summer read that explores the importance of second chances, self-discovery, and meaning of family.