Nostalgia and the Post-War Labour Party

- Prisoners of the Past 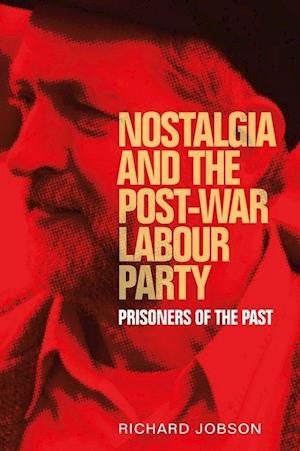 This book examines the impact that nostalgia has had on the Labour Party's political development since 1951. In contrast to existing studies that have emphasised the role played by modernity, it argues that nostalgia has defined Labour's identity and determined the party's trajectory over time. Jobson outlines how Labour, at both an elite and a grassroots level, has been and remains heavily influenced by a nostalgic commitment to an era of heroic male industrial working-class struggle.This commitment has hindered policy discussion, determined the form that the modernisation process has taken and shaped internal conflict and cohesion. More broadly, Labour's emotional attachment to the past has made it difficult for the party to adjust to the socioeconomic changes that have taken place in Britain. In short, nostalgia has frequently left the party out of touch with the modern world. In this way, this study offers an assessment of Labour's failures to adapt to the changing nature and demands of post-war Britain and will be of interest to both students and academics working in the field of British political history and to those with a more general interest in Labour's history and politics. -- .

Forfattere
Bibliotekernes beskrivelse Through a detailed examination of the party's post-war development, this book outlines how nostalgia has shaped the party's trajectory. It argues that Labour's nostalgically-informed identity has determined the extent to which the party has been able to respond effectively to the changing nature of Britain. -- .