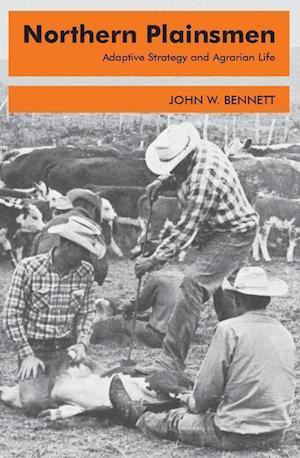 A study of a rural region and plural society, this book is a distinctive contribution to anthropology, in that it brings the conceptual framework of that discipline to bear on a contemporary agrarian society and its historical development, rather than on peasant or tribal peoples; cultural ecology, in that it shows the nature of the adaptations of four distinctive social groups to the environment of the Canadian Great Plains; the study of social and economic change, as it describes cultural patterns and mechanisms that are relevant to agrarian development the world over; and North American studies, in as much as it deals with community life in the classic sequence of settlement of the Western Plains.The book is, focused throughout on the adaptation of human societies to their environment. Four groups are described: the Cree Indians, the aboriginal inhabitants of the area who have lost all organic relationship to natural resources and who have devised ingenious methods for manipulating the social environment; ranchers, whose specialized production is based upon resources used in their natural state; homestead farmers, whose maladjusted small-farm economy, after initial setbacks, achieved a degree of stability through interventions by government in their adaptations to nature and the market economy; and the Hutterian Brethren, whose adaptation consisted primarily of the introduction to the region of a new kind of social organization.This book combines the anthropological concept of culture and the framework of ecology in the study of a modern social milieu; it focuses on a region rather than on a single culture, people, or community, so that the interplay of several social groups can be appreciated; and it elaborates contemporary anthropological and ecological theory in a manner that makes it applicable to the understanding of contemporary agrarian societies.John W. Bennett was emeritus professor of anthropology at Washington University, St. Louis. He served as president of the American Ethnological Society and the Society for Applied Anthropology, and was a member of the editorial boards of the Annual Review of Anthropology and Reviews in Anthropology. Among his books are The Ecological Transition: Cultural Anthropology and Human Adaptation (1976, 2005), Classic Anthropology: Critical Essays, 1944-1996 (1997), and Human Ecology as Human Behavior: Essays in Environmental and Development Anthropology (1995).

Forfattere
Bibliotekernes beskrivelse A study of a rural region and plural society, this book focuses on the adaptation of human societies to their environment. It combines the anthropological concept of culture and the framework of ecology in the study of a modern social milieu.