- Changing Fortunes in a Skill-Driven World 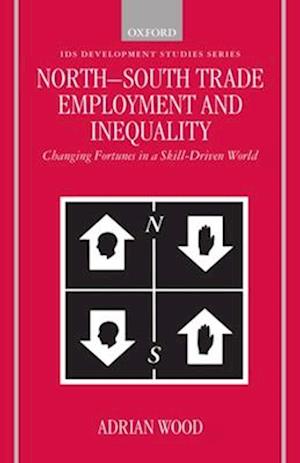 Drawing on three fields of economics (international, labour, and development), this study shows that expansion of North-South trade in manufactures has had a far greater impact on labour markets than earlier work suggested. In the South, unskilled workers have benefited most from this trade, but in the North, the gains have been concentrated on skilled labour, while unskilled workers have suffered falling wages and rising unemployment. This decline in the economicposition of unskilled workers has increased inequality, and aggravated crime and other forms of social erosion, on both sides of the Atlantic.The failure of Northern governments to recognize that trade with the South has these adverse side-effects, and to take appropriate counter-measures, has fuelled the rise of protectionism - the worst possible response, which slows economic progress in both regions. The best solution for the longer term in the North is more investment in education, to raise the supply of skilled labour. However, the benefits of this investment will emerge slowly. During the next one or two decades, ProfessorWood argues, other measures are also urgently needed to boost the demand for, and incomes of, unskilled workers.

Forfattere
Bibliotekernes beskrivelse This book argues that expansion of trade between developed and developing countries is the main cause of rising economic inequality in the USA and of chronic unemployment in Europe. It explains how these problems could be tackled without raising barriers to trade or jeopardizing the progress of the Third World. line figures, tables