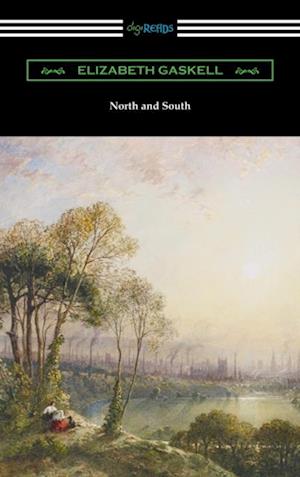 Set in the fictional industrial town of Milton in the North of England, 'North and South' is Elizabeth Gaskell's 1855 novel that contrasts the different ways of life in the two respective regions of England. In the North the emerging industrialized society is sharply contrasted with the aging gentry of the agrarian based South. The plot of 'North and South' centers around the main character Margaret Hale, the daughter of a non-conformist minister who moves his family to an industrial town in the North after a split from the Church of England. Here the impact of the industrial revolution can be fully seen as tensions between workers and employers over poor working conditions and the growing divide between the rich industrialists and poor factory workers escalate into violent conflict. Originally serialized between September 1854 and January 1855 in Charles Dickens's 'Household Words', 'North and South' was one of the first and most important social novels to address the changes brought about by the industrial revolution in England. This edition includes an introduction by Adolphus William Ward and a biographical afterword.