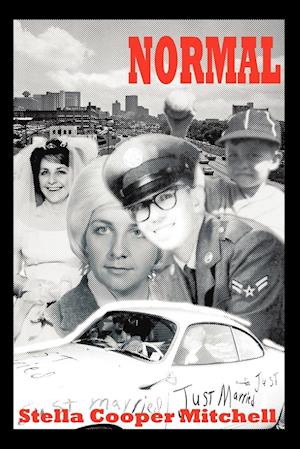 Normal is the hilarious story of four country girls, each armed with a newly acquired college diploma and $100, who take on Atlanta, Georgia. Each of them wants to change the world in her own way, but they have to make a living, too. The events in Normal take place in the early 1970's. It was a time of unrest, of change, and of poisonous behavior. It was a time of flower children, drugs, protests, and sit ins - almost too much for these "raised-right" girls. Normal is a story of a killing, a ghost, missing identity, stretching a dollar, a cheating husband who gets a taste of his own medicine, a fainting goat, a psychotic dog, an escaped criminal, and a disagreeable child who kicks Donnie Earl one time too many. The Normal girls rescue Glory when she runs away to San Francisco to become a hippie, and Sadie finds out that a blow-up bra has just a few drawbacks. And Normal is the story of a bitter-sweet love affair. It is also the story of dysfunctional characters who try to pass themselves off as being "normal".