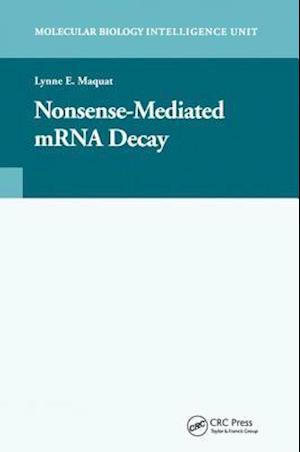 Nonsense-Mediated mRNA Decay is the first book devoted to nonsense-mediated mRNA decay (NMD). The rationale for such a book is the enormous information that studies of NMD have provided on the intricacies of post-transcriptional gene expression. The first five sections of the book are divided according to organism and begin with chapters on S. cerevisiae and mammals, from which most NMD data derive. Chapters within these sections discuss the two basic ways cells differentiate between a termination codon that elicits NMD and one that does not. Nonsense-Mediated mRNA Decay makes clear that studies of NMD provide a unique opportunity to examine the coupling of mRNA translation and decay, and relationships between mRNP structure and function. The importance of NMD is evident from descriptions of its influence on the expression of genes that are essential for many cellular processes, including cell differentiation, cell maintenance and cell death. This book is, essentially, meant to be a one-stop source of information that fuels the fires of future experimentation.