Nonlinear Temporality in Joyce and Walcott 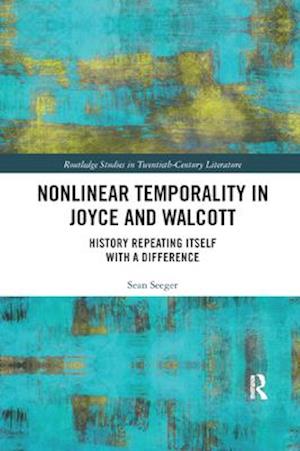 Nonlinear Temporality in Joyce and Walcott is the first dedicated comparative study of James Joyce and Derek Walcott. The book examines the ways in which both Joyce's fiction and Walcott's poetry articulate a nonlinear conception of time with radical cultural and political implications. For Joyce and Walcott equally, the book argues, it is only by reconceiving time in this way that it becomes possible to envisage a means of escape from what Joyce calls "force, hatred, history" and what Walcott calls the "madness of history seen as sequential time". A starting point for the comparisons drawn between Joyce and Walcott is their relationship to Homer. Joyce's Ulysses is in one respect a rewriting of Homer's Odyssey; Walcott's Omeros stands in an analogous relationship to the Iliad. This book argues that these acts of rewriting, far from being instances of influence, intertexuality, or straightforward repetition, exemplify Joyce and Walcott's complex stance, not just toward literary history, but toward the idea of history as such. The book goes on to demonstrate how an enhanced appreciation of the role of nonlinear temporality in Joyce and Walcott can help to illuminate numerous other aspects of their work.