indgår i serie Identity in a Changing World 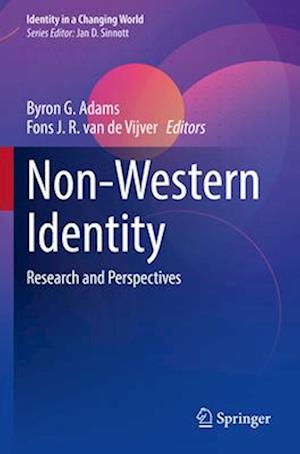 Identity is a construct strongly rooted and still predominantly studied in Western (or WEIRD; Western, educated, industrialized, rich, and democratic) contexts (e.g., North American and Western European). Only recently has there been more of a conscious effort to study identity in non-Western (or non-WEIRD) contexts. This edited volume investigates identity from primarily a non-Western perspective by studying non-Western contexts and non-Western, minority, or immigrant groups living in Western contexts. The contributions (a) examine different aspects of identity (e.g., personal identity, social identity, online identity) as either independent or interrelated constructs; (b) consider the associations of these constructs with aspects of intergroup relations, acculturative processes, and/or psychological well-being; (c) document the advancement in research on identity in underrepresented groups, contexts, and regions such as Africa, Asia, Eastern Europe, the Middle East, and South America; and (d) evaluate different approaches to the study of identity and the implications thereof. This book is intended for cultural or cross-cultural academics, practitioners, educators, social workers, postgraduate students, undergraduate students, and scholars interested in studying identity. It provides insight into how identity in non-Western groups and contexts may both be informed by and may inform Western theoretical perspectives.