Nobody Will Shoot You If You Make Them Laugh 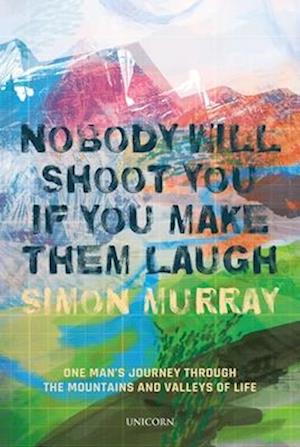 In Nobody Will Shoot You If You Make Them Laugh: One Man's Journey Through The Mountains And Valleys of Life, the businessman and adventurer Simon Murray tells his extraordinary life story. From an orphanage in Leicester through the rigours and brutality of the English public school system in the 1950s, to a five-year spell in French Foreign Legion, his early life was recounted in his million-selling book Legionnaire.Since 1965 he has been one of the most successful businessmen operating out of Hong Kong. Starting as a sales manager for Jardine Matheson he worked his way up to running Hutchison Whampoa. He has also been actively involved with the Hong Kong Electricity Company, Deutsche Bank Asia Pacific, Glencore and Huawei among others. In-between he founded Orange and other mobile telephone operators across Asia and Africa.He has been off the path many times: climbed in the Atlas Mountains; trekked up to Everest and Annapurna; climbed Kilimanjaro and abseiled down the Shard in London. He is the oldest man to walk unsupported to the South Pole. He has run the Marathon des Sables, 250 kilometres across the Moroccan desert when he was 60 years old, and follows his motto 'Do not follow where the path may lead, but go instead where there is no path and leave a trail' somewhat earnestly. He was awarded the CBE from the Queen and been decorated with the Order of Merit and the Legion d'Honneur in France. He claims his greatest success is his marriage of 54 years to Jennifer and the raising of three children and his six grandchildren.