No Such Thing as Destiny 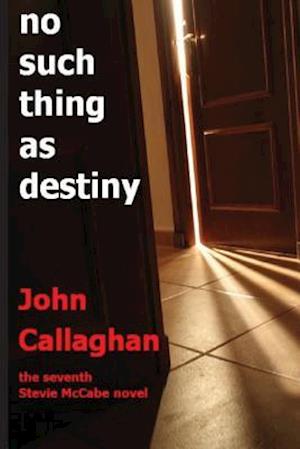 The Doune family were old money, so old they had a motto and a coat of arms. But that didn't stop Lachlan Doune becoming a child killer twenty years ago, while still a child himself. Stevie McCabe knows nothing of why Lachlan, released from psychiatric care after a long incarceration, calls for his services, and has no chance to find out before the client is found hanging from a rowan tree outside the family mansion, his alcoholic sister too wasted to notice. When Lachlan's will is read, the shocking revelation is that his millions have been left to the mother of the child he killed decades before...but that bequest is worth nothing, because the fortune has already been stolen. McCabe, facing his own issues of family and relationships, begins to wade through the bleak, tortured history of a clan weighted down by decades of murder, wealth, suicide, infidelity and violence. Truth is illusory and nothing stays the same for long in their dark world of lies and fear. The veteran detective plunges into a world where money and privilege is overlaid on Glasgow's tapestry of drugs and crime, a convergence that breeds creatures breathing squalid life and miserable death over everything they touch. Can McCabe discover a seam of truth running through the mother lode of decay?