No Star Too Beautiful

- Yiddish Stories from 1382 to the Present 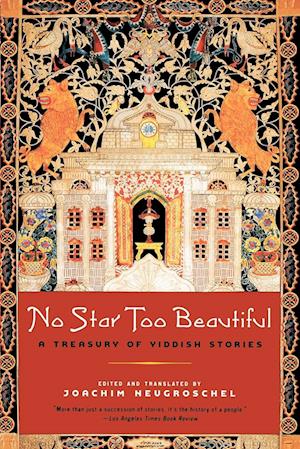 First developed and written in medieval Germany, Yiddish eventually became the everyday speech of Jews all over Europe and later globally. Yiddish was a hybrid language crafted from German, mixed with Hebrew, Judeo-Aramaic, and blended with Italian and French as well as the Slavic languages. It gave rise to a literature that reflected not only Jewish life but also the culture of the lands in which the Jews lived. A descriptive and flavorful language, it was used for genres as diverse as religious tales, fables, humor, social realism, surrealism, and the literary experiments of modern times. "No Star Too Beautiful" is a bountiful anthology that brings together the masterpieces of this now-vanishing tongue. Joachim Neugroschel has chosen stories emblematic of the people and their times, and this volume chronicles both the literary tradition and the history of the people who created it. Indeed, the collection contains the first English translation of medieval Yiddish fiction. Many of the early tales like "Virtuous Joseph" and "Abraham's Childhood" had Biblical roots. But there were also the fables of Moshe Vallikh and such wonder-filled folk tales as "The Princess and the Seven Geese." In the later periods, the stories reflect the varying currents of thought within the Jewish community as well as echoing the changes in Europe. Comic or tragic, Yiddish literature underwent a flowering of writers: Mendele Moykher-Sforim, Yitsik Leybesh Peretz, S. Ansky, Sholem Asch, Y.Y. and Isaac Bashevis Singer, and many others. Compiling and newly translating almost all the stories, Neugroschel has created a seamless effect rarely approached in a work filled with so many voices. This astounding anthology is a lasting gift for generations.