- Revelations of a Gorbals Guy 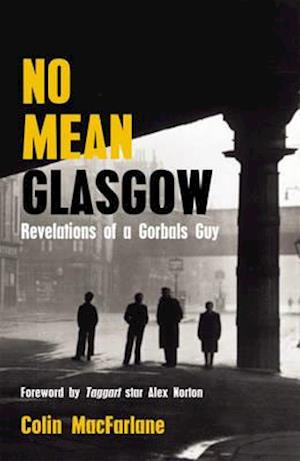 In "The Real Gorbals Story", Colin MacFarlane detailed how he witnessed a once great area, home to wonderful characters and grand old buildings, disappear before his eyes. By the time MacFarlane's tenement was knocked down in the early 1970s, he had left school and been rehoused in another part of the city. In an attempt to extricate himself from his Gorbals gang days, he took a job as an apprentice chef at one of Glasgow's top restaurants, where he soon discovered that his colleagues were just as insane as those he had mixed with on the city streets. Meanwhile, MacFarlane struggled to integrate into the more affluent area that his family had been moved to and soon found himself returning to his old haunts and back in trouble again. In "No Mean Glasgow", MacFarlane charts his eventful, fun-packed passage from Gorbals street boy to grown man on the brink of a new beginning. He describes his adventures with a mixture of humour, sadness and delight. It is a book for those people living all over the world who remember the old Glasgow - a city teeming with warmth, passion, patter and characters who could brighten up even the darkest of days.