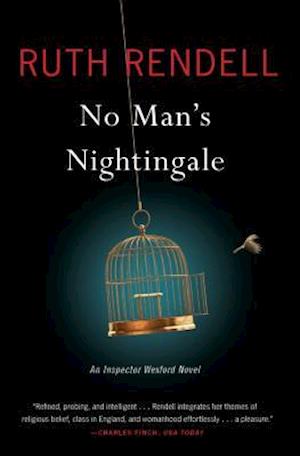 INCLUDES AN EXCERPT OF RENDELL'S FINAL NOVEL, DARK CORNERS From "one of the most remarkable novelists of her generation" (People) a "refined, probing, and intelligent" (USA TODAY) mystery in the masterful Inspector Wexford series...more enthralling than ever after fifty years. A female vicar named Sarah Hussein is discovered strangled in her Kingsmarkham vicarage. A single mother to a teenage girl, Hussein was working in a male-dominated profession. Moreover, she was of mixed race and wanted to modernize the church. Could racism or sexism have played a factor in her murder? Maxine, the gossipy cleaning woman who discovered the body, happens to also be in the employ of retired Chief Inspector Wexford and his wife. Wexford is intrigued by the unusual circumstances of the murder, and when he is invited by his old deputy to tag along with the investigators, he leaps at the chance. As Wexford searches the Vicar's house, he sees a book on her bedside table. Inside the book is a letter serving as a bookmark. Without thinking much, Wexford puts it into his pocket. Wexford soon realizes he has made a grave error in removing a piece of valuable evidence from the scene without telling anybody. Yet what he finds inside begins to illuminate the murky past of Sarah Hussein. Is there more to her than meets the eye? No Man's Nightingale is Ruth Rendell's masterful twenty-fourth installment in one of the great crime series of all time, an "absorbing and rewarding" (Seattle Times) mystery that explores issues of sexism, class, and racism. As Stephen King said: "No one surpasses Ruth Rendell."