indgår i serie No Guns Life 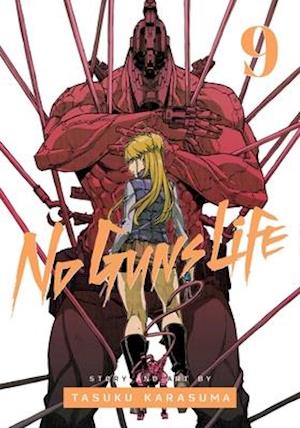 Ex-soldier Juzo Inui has one question-who turned him into a cyborg and erased his memories?After the war, cyborg soldiers known as the Extended were discharged. Juzo Inui is one of them, a man whose body was transformed, his head replaced with a giant gun. With no memory of his previous life-or who replaced his head and why-Inui now scratches out a living in the dark streets of the city as a Resolver, taking on cases involving the Extended.In the stifling darkness of the Extended detention center known as the Weapons Vault, Juzo and Mary come face-to-face with their own pasts. They went in looking for a way to repair Juzo, but Mary also wants to find out what happened to her brother Victor. Deep inside the vault, they encounter Number Twelve, a GSU that Juzo thought he had destroyed. The forgotten knowledge he possesses may give Juzo the strength and purpose to continue his struggle against Beruhren.

Forfattere
Bibliotekernes beskrivelse Ex-soldier Juzo Inui has one question-who turned him into a cyborg and erased his memories?