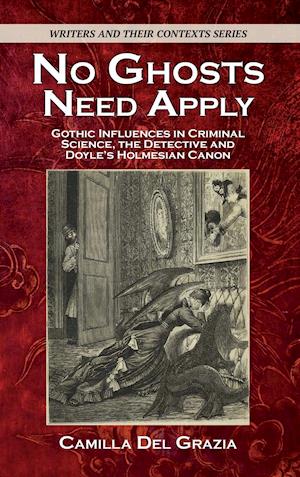 This innovative new work highlights how the presence of Gothic elements in the Holmesian Canon problematizes the normative action of the detective. It examines the anxieties which accompanied the changing universe of Victorian and Edwardian society in the context of the development of criminal science. Recently the figure of Sherlock Holmes has been the object of countless re-writings, re-interpretations, and adaptations in a vast array of media including literature, graphic novels, TV series, and cinematic renditions. The vast majority of these adaptations tend to present the detective and his adventures as the triumph of rationality and of the scientific method over the disruptive forces of crime, but neglecting to take into account the dreadful considerations that these forces bring to light.

Sherlock Holmes is generally portrayed as a beacon of rationality, the scientific detective par excellence whose logic solutions actively safeguard late Victorian and Edwardian society and its collective unconscious. His empirical approach to the mysteries he is called to solve usually sparks comparisons with thinkers like Tyndall, Huxley or Spencer, thus firmly encapsulating him in the positivist milieu of the time. Buried just beneath this normalizing façade, however, lies a complex relationship with the Gothic tradition and its tropes, an intertext which Doyle knowingly plays upon while openly disavowing it.

The problematic distinction between “serious” realistic literature and the supernatural dates back to the dialectic between novel and romance, and was brought to the forefront during the Romantic age, especially in the context of the rise of the Gothic novel. Yet Gothic literature and its later incarnations, the Sensation novel and the fin de siècle horror, allowed for an unparalleled degree of freedom in tackling repressed anxieties in a variety of issues, ranging from heredity in all its connotations, to social mobility, to space and colonization.

A perceptive writer, Doyle immediately recognised the potential of Gothic echoes in articulating disquiets produced by a multiplicity of factors: from scientific and technologic development and the uncanny possibilities they engendered, to the Imperial enterprise and the fear of contagion and reverse colonization, to the emergence of disruptive forces within the Victorian family and society, the ultimate objects of the detective’s protection.