- Nature and Culture in the Nineteenth-Century Anglophone Atlantic World 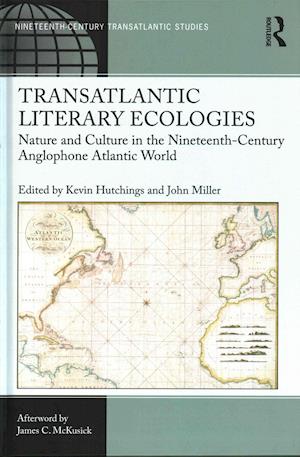 Opening a dialogue between ecocriticism and transatlantic studies, this collection shows how the two fields inform, complement, and complicate each other. The editors situate the volume in its critical contexts by providing a detailed literary and historical overview of nineteenth-century transatlantic socioenvironmental issues involving such topics as the contemporary fur and timber trades, colonialism and agricultural "improvement," literary discourses on conservation, and the consequences of industrial capitalism, urbanization, and urban environmental activism. The chapters move from the broad to the particular, offering insights into Romanticism's transatlantic discourses on nature and culture, examining British Victorian representations of nature in light of their reception by American writers and readers, providing in-depth analyses of literary forms such as the adventure novel, travel narratives, and theological and scientific writings, and bringing transatlantic and ecocritical perspectives to bear on classic works of nineteenth-century American literature. By opening a critical dialogue between these two vital areas of scholarship, Transatlantic Literary Ecologies demonstrates some of the key ways in which Western environmental consciousness and associated literary practices arose in the context of transatlantic literary and cultural exchanges during the long nineteenth century.