Nightmare Envy and Other Stories 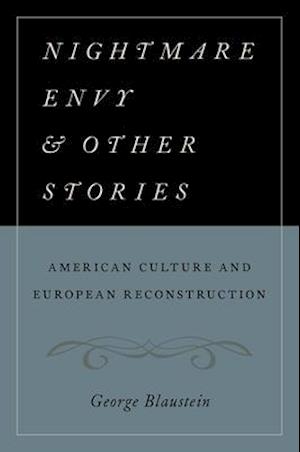 Up until the end of World War II, academe in central Europe showed little interest in American culture. However, this rapidly changed as American culture became an increasingly inescapable part of everyday life in the postwar period. Drawing on a series of transatlantic encounters in the years following 1945, George Blaustein chronicles how issues like race, gender, and empire, as they relate to the United States, became areas of intense interest among members ofthe European academy. A major part of Blaustein's book revolves around the exchange of ideas that took place at the Salzburg Seminar in American Studies, founded in 1947. Through the period of occupation, the seminar hosted a who's-who of American and European intellectual life: figures like F. O.Matthiessen, Margaret Mead, Alfred Kazin, Saul Bellow, Ralph Ellison, Alain Locke, and John Hope Franklin. In four concise chapters, Nightmare Envy and Other Stories explores how the ruin of postwar Europe led writers and intellectuals on both sides of the Atlantic to understand America in new ways. Nightmare Envy and Other Stories will interest scholars in the fields of American Studies, postwar intellectual history, and cultural diplomacy.

Forfattere
Bibliotekernes beskrivelse Nightmare Envy and Other Stories is a study of Americanist writing and institutions in the 20th century. It traces the histories of American Studies, anthropology, cultural diplomacy, and literary criticism through World War II and the American occupations of Europe.