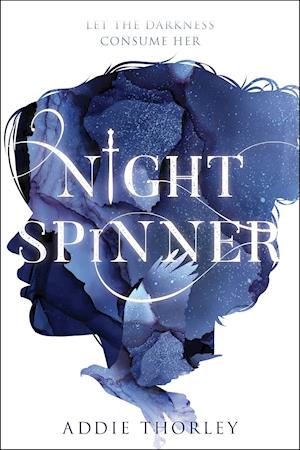 Dark, romantic, and powerful, Night Spinner will sweep fans of Leigh Bardugo and S. Jae-Jones into a dangerous fantasy world loosely inspired by The Hunchback of Notre Dame.

Before the massacre at Nariin, sixteen-year-old Enebish was one of the greatest warriors in the Sky King's Imperial Army: a rare and dangerous Night Spinner, blessed with the ability to control the threads of darkness. Now, she is known as Enebish the Destroyer--a monster and murderer, banished to a remote monastery for losing control of her power and annihilating a merchant caravan.

Guilt stricken and scarred, Enebish knows she should be grateful for this sanctuary. But when her adoptive sister, Imperial Army captain Ghoa, gives her the opportunity to deliver the Sky King's hunting eagles to the capital, Enebish leaps at the taste of freedom. She arrives during a festival, and though Ghoa warned her against it, she finds herself being swept up in the revelry and accidentally humiliates the Sky King.

During Enebish's public punishment, she's freed by the notorious rebel Temujin. Ghoa has been hunting him for months, and now the Sky King has called Enebish's loyalty into question, since Temujin attempted to rescue her. Realizing it may take a criminal to capture a criminal, Ghoa makes Enebish a tantalizing offer: bring in Temujin, and not only will her crimes be pardoned, she will be reinstated as a warrior.