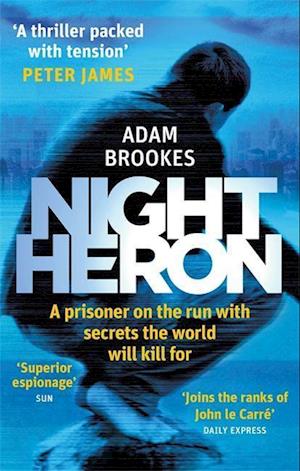 Tell them, the Night Heron is hunting . . . A lone man escapes a labour camp in the dead of night, fleeing across the winter desert of north-west China.Two decades earlier, he was a spy for the British. Now he finds Beijing transformed and crawling with danger - the fugitive must quickly disappear on its surveillance-blanketed streets or face death. Desperate and ruthless, he reaches out to his one-time MI6 paymasters via journalist Philip Mangan, offering secrets in return for his life.Mangan is dragged into a deeper and deeper whirlpool of lies, as the secrets prove more valuable than either of them could ever have known... and not only to the British.