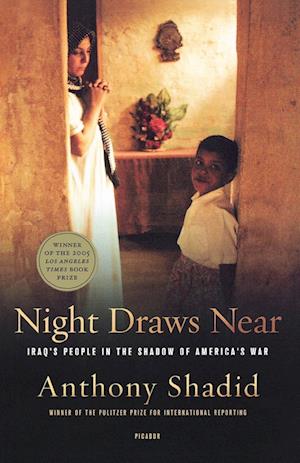 Winner of the 2005 Los Angeles Times Book PrizeA Washington Post Book World Top Five Nonfiction Book of the YearA Seattle Times Top Ten Best Book of the YearA New York Times Notable Book of the YearIn 2003, The Washington Post's Anthony Shadid went to war in Iraq, but not as an embedded journalist. Born and raised in Oklahoma, of Lebanese descent, Shadid, a fluent Arabic speaker, has spent the last three years dividing his time between Washington, D.C., and Baghdad. The only journalist to win a Pulitzer Prize for his extraordinary coverage of Iraq, Shadid is also the only writer to describe the human story of ordinary Iraqis weathering the unexpected impact of America's invasion and occupation. Through the moving stories of individual Iraqis, Shadid shows how Saddam's downfall paved the way not just for hopes of democracy but also for the importation of jihad and the rise of a bloody insurgency. "A superb reporter's book," wrote Seymour Hersh; Night Draws Near is, according to Mark Danner, "essential."