- The Religious and Political System of the Yoruba 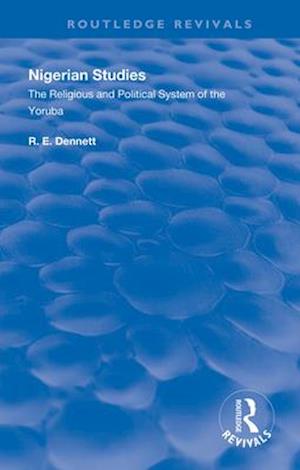 Originally written and published in 1910, Dennett's study of the Yoruba is designed to provide a clear and intelligble description of the beliefs and values which underlie traditional practices and customs among this Nigerian tribe. It seeks to provide an account of the religious institutions that are found in Yorubaland, and to relate these to some aspects of the political and economic life of the Yorubas. The book is based on information which the author collected from informants while in Nigeria, as well as on some of the first written material produced by Nigerian scholars themselves in the first decade of this century.

Dennett's study provies a valuable source of oral tradition, which he recorded meticulously, and a fascinating insight into the early attempts to describe and categorise African systems of thought.