Nietzsche's Ethics and his War on 'Morality' 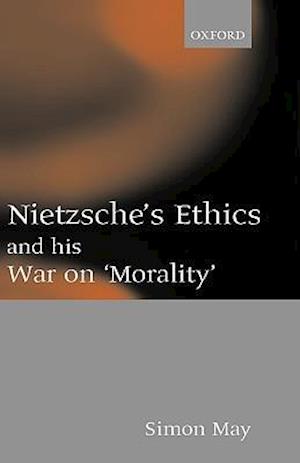 Simon May presents a fresh and wide-ranging critique of Nietzsche's famous attack on traditional morality, and of his controversial ethics of 'life-enhancement'. He reveals Nietzsche as both revolutionary and conservative-as one who repudiates traditional 'moral' conceptions of God, guilt, asceticism, pity, and truthfulness, and yet retains a demanding ethics of discipline, conscience, 'self-creation', generosity, and honesty. In particular, May shows howNietzsche rejects truthfulness as an unconditional value and yet celebrates it as one of his own highest values, whose worth is determined by who is pursuing it, for what end, and when in their lives. May is strongly critical of various aspects of Nietzsche's thought-his self-defeating conception of justice,his assumption that 'life-enhancement' necessarily demands world-affirmation, his ambition to de-deify the world, and the impossible and undesirable autonomy of the UEbermensch. But Nietzsche is shown to offer modernity key elements of a coherent ethic, and to provide moral philosophy with important tools for reassessing some of its most cherished values and concepts. May's book will be illuminating not just for scholars and students of Nietzsche, in philosophy, literature, andhistory of ideas, but for anyone interested in current debates about ethics and modernity.