Nietzsche and the Necessity of Freedom 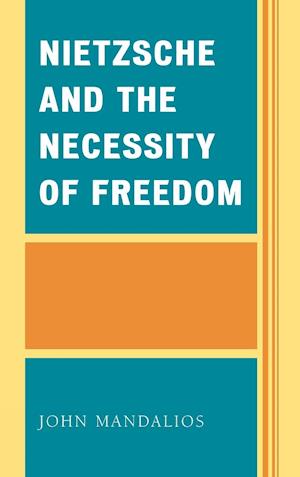 Nietzsche and the Necessity of Freedom addresses a central question of modern philosophy and contemporary life that is usually overlooked in discussions of Friedrich Nietzsche. Radical and analytic-linguistic approaches, including variants of Martin Heidegger's philosophical legacy, emphasize salient motifs in Nietzsche's work while largely failing to examine freedom as an overarching philosophical concern. While Nietzsche commonly figures as the critic of truth and formal theories of knowledge, he is not often considered a thinker of freedom-a central theme of both German idealism and Greek thought. As John Mandalios argues, Nietzsche's critique of western metaphysics and free-will thinking does not preclude him from positing a different form of freedom that reflects influences from German idealism, Greek tragic values, and Enlightenment scientific images of the seeker of knowledge while embodying a radically different notion of responsibility. With this new conception of freedom, Mandalios argues that Nietzsche inextricably links freedom and necessity while charging the human being with the responsibility to live a noble (free) life. Moreover, such a life which welcomes 'destiny' and cultivates a good conscience can grow out of nihilistic decadence or slave moralities because bios is of necessity a process of struggle and overcoming. Thus, an all-important tension Nietzsche identified within both the soul and 'city of man' recurs in the eternity of becoming. Nietzsche and the Necessity of Freedom is appropriate for upper-level students and scholars of philosophy.