Nietzsche and the Fate of Art 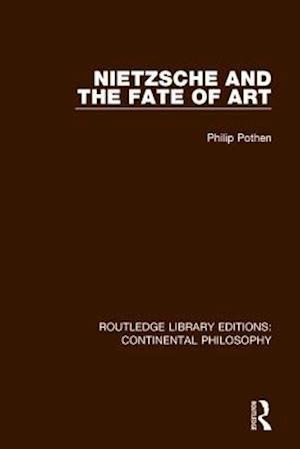 This title was first published in 2002. Challenging the accepted orthodoxy on Nietzsche's views on art, this book seeks both to challenge and to establish a new set of concerns as far as discourses on Nietzsche's thoughts on aesthetics are concerned, whilst at the same time using such insights to illuminate more central concerns of Nietzsche scholarship, such as the will to power, the illusion/truth question, the eternal return, the death of God, tragedy, Wagner. Following the development of Nietzsche's thoughts on art from his earliest writings to his last, Pothen counters traditionally accepted interpretations by suggesting a need to recognize the deep suspicion and at times hostility that Nietzsche displays towards art and the artist throughout his text by emphasising the philosophical arguments underlying this deep suspicion, and by viewing this tendency as something deeply connected to the other areas of his thought. Readers with interests in Nietzsche studies, aesthetics, German philosophy, and the philosophy of music, will find this a particularly invaluable and distinctive contribution to Nietzsche scholarship.