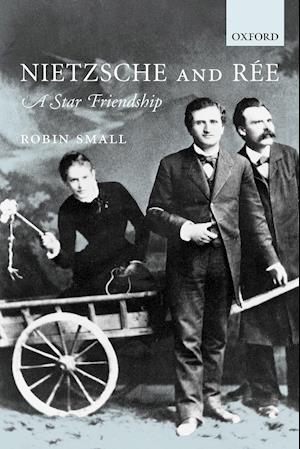 During years of close friendship, Friedrich Nietzsche (1844-1900) and Paul Ree (1849-1901) shared ideas and developed a new and original approach to philosophy and ethics. The course of their partnership, from its origins in shared hopes to its ending in a painful breakdown of personal relations, is the subject of this book. The full story has not been told before. Some of its biographical aspects - especially the three-sided relationship involving the young Lou Salome which had severe emotional consequences for Nietzsche - have been known. Yet many personal details are presented here for the first time. The philosophical account is equally absorbing, showing how this collaboration was a crucial stage on Nietzsche's way toward his most original and radical contributions to philosophy. 'Reealism' was the label Nietzsche gave to Ree's naturalistic doctrine, which drew on the evolutionary theory of natural selection to explain the moral concepts of good, evil, conscience and justice. Just as importantly, Ree wrote in a cool, highly disciplined style, very different from most German writers of the time. Both aspects of his work made a strong impact on Nietzsche, who developed this project in his own way in a series of works starting with Human,All-Too-Human. Yet he eventually came to criticise and reject 'Reealism' as inadequate to the task of a revaluation of values, and replaced the 'historical approach' with his own genealogy of morality. In a strikingly poetic passage in The Gay Science, Nietzsche describes a 'star friendship': the brief meeting of two stars whose paths cross and then diverge forever, perhaps as part of some pattern beyond their knowledge. This book gives the 'star friendship' of Nietzsche and Ree the treatment it has always needed. In doing so, it brings to light fresh aspects of one of the most important of modern thinkers.