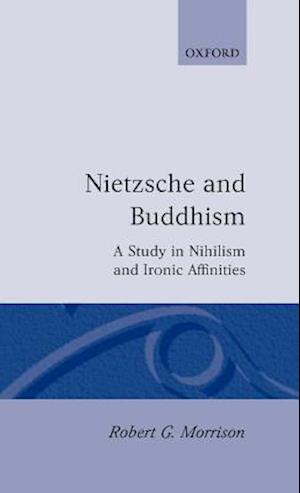 Robert Morrison offers an illuminating comparative study of two linked and interactive traditions that have had great influence in twentieth-century thought:Buddhism and the philosophy of Nietzsche. Nietzsche saw a direct historical parallel between the cultural situation of his own time and of the India of the Buddha's age: the emergence of nihilism as a consequence of loss of traditional belief. Nietzche's fear, still resonant today, was that Europe was about toenter a nihilistic era, in which people, no longer able to believe in the old religious and moral values, would feel themselves adrift in a meaningless cosmos where life seems to have no particular purpose or end. Though he admired Buddhism as a noble and humane response to this situation, Nietzschecame to think that it was wrong in not seeking to overcome nihilism, and constituted a threat to the future of Europe. It was in reaction against nihilism that he forged his own affirmative philosophy, aiming at the transvaluation of all values. Nietzsche's view of Buddhism has been very influential in the West; Dr Morrison gives a careful critical examination of this view, argues that in fact Buddhism is far from being a nihilistic religion, and offers a counterbalancing Buddhist view of the Nietzschean enterprise. He draws out the affinities and conceptual similarities between the two, and concludes that, ironically, Nietzsche's aim of self-overcoming is akin to the Buddhist notion of citta-bhavana (mind-cultivation). HadNietzsche lived in an age where Buddhism was better understood, Morrison suggests, he might even have found in the Buddha a model of his hypothetical Ubermensch.