- Freedom in an Occasionalist World 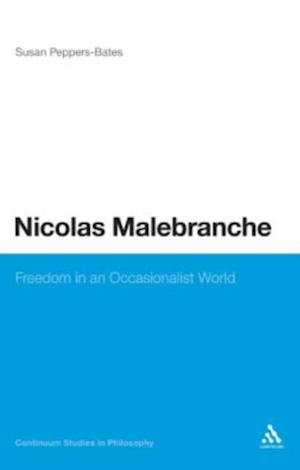 Nicolas Malebranche (1638-1715) was one of the most notorious and pious of Rene Descartes' philosophical followers. A member of The Oratory, a Roman Catholic order founded in 1611 to increase devotion to the Church and St. Augustine, Malebranche brought together his Cartesianism and his Augustinianism in a rigorous theological-philosophical system.Malebranche's occasionalist metaphysics asserts that God alone possesses true causal power. He asserts that human understanding is totally passive and relies on God for both sensory and intellectual perceptions. Critics have wondered what exactly his system leaves for humans to do. Yet leaving a space for true human intellectual and moral freedom is something Malebranche clearly intended. This book offers a detailed evaluation of Malebranche's efforts to provide a plausible account of human intellectual and moral agency in the context of his commitment to an infinitely perfect being possessing all causal power. Peppers-Bates suggests that Malebranche might offer a model of agent-willing useful for contemporary theorists.