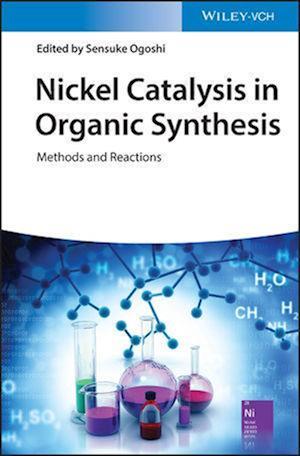 A comprehensive reference to nickel chemistry for every scientist working with organometallic catalysts Written by one of the world's leading reseachers in the field, Nickel Catalysis in Organic Synthesis presents a comprehensive review of the high potential of modern nickel catalysis and its application in synthesis. Structured in a clear and assessible manner, the book offers a collection of various reaction types, such as cross-coupling reactions, reactions for the activation of unreactive bonds, carbon dioxide fixation, and many more. Nickel has been recognized as one of the most interesting transition metals for homogeneous catalysis. This book offers an overview to the recently developed new ligands, new reaction conditions, and new apparatus to control the reactivity of nickel catalysts, allowing scientists to apply nickel catalysts to a variety of bond-forming reactions. A must-read for anyone working with organometallic compounds and their application in organic synthesis, this important guide: -Reviews the numerous applications of nickel catalysis in synthesis -Explores the use of nickel as a relatively cheap and earth-abundant metal -Examines the versatility of nickel catalysis in reactions like cross-coupling reactions and CH activations -Offers a resource for academics and industry professionals Written for catalytic chemists, organic chemists, inorganic chemists, structural chemists, and chemists in industry, Nickel Catalysis in Organic Synthesis provides a much-needed overview of the most recent developments in modern nickel catalysis and its application in synthesis.