Nicholas Roscarrock's 'Lives of the Saints': Cornwall and Devon 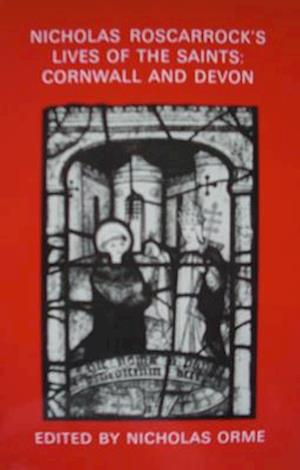 Nicholas Roscarrock (c.1548-1634) was a Cornish Catholic who suffered torture and imprisonment in the Tower of London, and afterwards wrote a great dictionary of British and Irish saints, which has never been published. Using medieval Latin saints' Lives together with precious folklore not recorded elsewhere, he wrote concise accounts of Petroc and Piran, Neot and Samson, Sidwell and Urith, and many lesser-known figures, often with picturesque details. Here are many familiar and some unique stories: St Columb's well whose water would not boil; St Endelient, King Arthur and the cow; and St Menfre who threw her comb at the Devil.This edition provides, for the first time, a printed text of all Roscarrock's articles - about 100 - which relate to the saints of Cornwall and Devon. An introduction tells the story of Roscarrock's life, describes his book, and provides a basic historical account of the 'Cornish saints'. Detailed notes explain what is known today about the saints individually, and an appendix lists all those who are included in the dictionary.