- The Economics and Politics of Capitalism as a Dynamic System 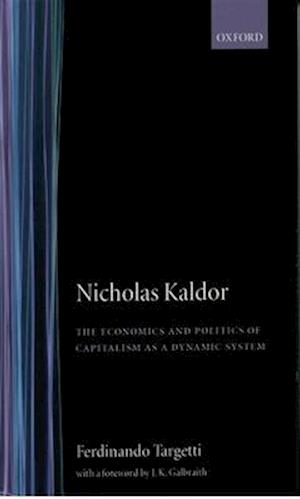 Nicholas Kaldor (1908-1986) was one of this century's most original thinkers on economics, his influence on British economic policy second only to that of Keynes.This book traces the development of Kaldor's thought as it underwent a remarkable evolution from his membership of the Austrian neoclassical school to his embracing of radical Keynesianism. He was also extremely quick to grasp essential changes in economic reality and to forge analytical tools to explain them. Although he was innovative from 1938 onwards, much of his seminal work belongs to a coherent project of research which made him, together with Joan Robinson and Michal Kalecki, aleading representative of the post-Keynesian school, an outstanding critic of the neoclassical theory of equilibrium, growth, and distribution, and a convinced opponent of the monetarist school.The book also seeks to show how economic policy and political economy were closely connected in Kaldor's work. It was this that made Kaldor one of the most lucid and radical champions of the economic policies which, by blending political freedom with social justice, have been the outstanding feature of the great European tradition of social democracy.

Forfattere
Bibliotekernes beskrivelse Nicholas Kaldor's thinking on economics is considered to have had great influence on British economic policy. This book traces the development of his thought, which underwent a remarkable evolution, from his membership of the Austrian neoclassical school to his embracing of radical Keynesianism. line drawings, tables