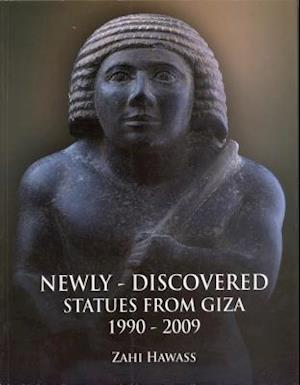 Newly-Discovered Statues From Giza, 1990-2009 shares the exciting story of the discovery of many unique statues during the excavations of Dr. Zahi Hawass from 1990 through 2009. Royal and private sculptures, dating from the Old Kingdom through the New Kingdom, are represented, including a statue of King Menkaure and a statue of Per-ni-ankhu, a dwarf. The most important excavation site was the cemetery of the pyramid builders that was discovered to the southeast of the Great Sphinx, behind the wall known as Heit el-Shorab. The statues found in the lower cemetery, as well the upper cemetery, give us a glimpse at how the people involved in the construction of the pyramids at Giza lived their lives. The objects, from excavations at the upper and lower cemeteries of the pyramid builders, the western cemetery, the causeway of Khafre, the west pyramid of Khafre, the south pyramid of Menkaure, and Kafre el-Gebel, reflect the creative nature of the ancient Egyptians.