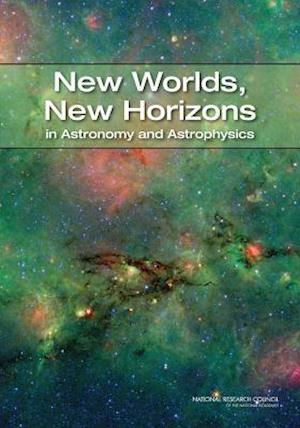 Driven by discoveries, and enabled by leaps in technology and imagination, our understanding of the universe has changed dramatically during the course of the last few decades. The fields of astronomy and astrophysics are making new connections to physics, chemistry, biology, and computer science. Based on a broad and comprehensive survey of scientific opportunities, infrastructure, and organization in a national and international context, New Worlds, New Horizons in Astronomy and Astrophysics outlines a plan for ground- and space- based astronomy and astrophysics for the decade of the 2010's. Realizing these scientific opportunities is contingent upon maintaining and strengthening the foundations of the research enterprise including technological development, theory, computation and data handling, laboratory experiments, and human resources. New Worlds, New Horizons in Astronomy and Astrophysics proposes enhancing innovative but moderate-cost programs in space and on the ground that will enable the community to respond rapidly and flexibly to new scientific discoveries.The book recommends beginning construction on survey telescopes in space and on the ground to investigate the nature of dark energy, as well as the next generation of large ground-based giant optical telescopes and a new class of space-based gravitational observatory to observe the merging of distant black holes and precisely test theories of gravity. New Worlds, New Horizons in Astronomy and Astrophysics recommends a balanced and executable program that will support research surrounding the most profound questions about the cosmos. The discoveries ahead will facilitate the search for habitable planets, shed light on dark energy and dark matter, and aid our understanding of the history of the universe and how the earliest stars and galaxies formed. The book is a useful resource for agencies supporting the field of astronomy and astrophysics, the Congressional committees with jurisdiction over those agencies, the scientific community, and the public.