- The Legacies of Public-Sector Employment in the Civil Rights Movement 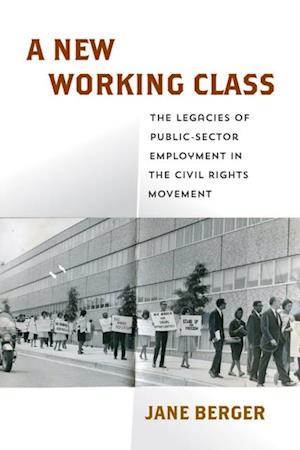 For decades, civil rights activists fought against employment discrimination and for a greater role for African Americans in municipal decision-making. As their influence in city halls across the country increased, activists took advantage of the Great Societyand the government jobs it created on the local levelto advance their goals.A New Working Class traces efforts by Black public-sector workers and their unions to fight for racial and economic justice in Baltimore. The public sector became a critical job niche for Black workers, especially women, a largely unheralded achievement of the civil rights movement. A vocal contingent of Black public-sector workers pursued the activists' goals from their government posts and sought to increase and improve public services. They also fought for their rights as workers and won union representation. During an era often associated with deindustrialization and union decline, Black government workers and their unions were just getting started.During the 1970s and 1980s, presidents from both political parties pursued policies that imperiled these gains. Fighting funding reductions, public-sector workers and their unions defended the principle that the government has a responsibility to provide for the well-being of its residents. Federal officials justified their austerity policies, the weakening of the welfare state and strengthening of the carceral state, by criminalizing Black urban residentsincluding government workers and their unions. Meanwhile, workers and their unions also faced off against predominately white local officials, who responded to austerity pressures by cutting government jobs and services while simultaneously offering tax incentives to businesses and investing in low-wage, service-sector jobs. The combination of federal and local policies increased insecurity in hyper-segregated and increasingly over-policed low-income Black neighborhoods, leaving residents, particularly women, to provide themselves or do without services that public-sector workers had fought to provide.