New Topological Invariants For Real- And Angle-valued Maps: An Alternative To Morse-novikov Theory

- An Alternative to Morse-Novikov Theory 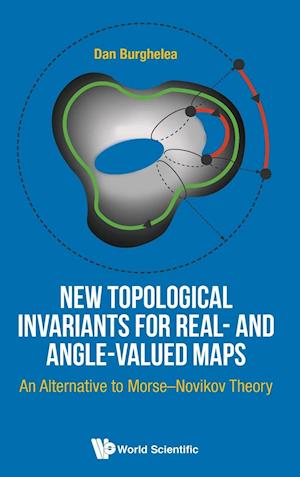 This book is about new topological invariants of real- and angle-valued maps inspired by Morse-Novikov theory, a chapter of topology, which has recently raised interest outside of mathematics; for example, in data analysis, shape recognition, computer science and physics. They are the backbone of what the author proposes as a computational alternative to Morse-Novikov theory, referred to in this book as AMN-theory.These invariants are on one side analogues of rest points, instantons and closed trajectories of vector fields and on the other side, refine basic topological invariants like homology and monodromy. They are associated to tame maps, considerably more general than Morse maps, that are defined on spaces which are considerably more general than manifolds. They are computable by computer implementable algorithms and have strong robustness properties. They relate the dynamics of flows that admit the map as 'Lyapunov map' to the topology of the underlying space, in a similar manner as Morse-Novikov theory does.

Forfattere
Bibliotekernes beskrivelse This book presents an alternative to what the topologists refer to as "Morse-Novikov theory", a mathematical theory which belongs to the fields of geometry and topology.